A Chronicle of a Tale Half Told

We thought it was about time we roused the Speculators blog from cryosleep, where it has slept these long years. When last we posted, we were promoting the launch of Daniel Ribot’s first novel – VampSov, and the streets were strewn with Pickled Onion Monster Munch. There have been other publications by various Speculators since then, and we’ll get to them, but to begin with, we’re going to raid the archives to bring out an entry from Dan’s old blog which deserves another moment in the sun.

Towards the end of September, on a Wednesday, Graham Joyce came to speak to the Speculators (we, the am-dram of SF writing). It was an interesting talk; thought provoking, illuminating, full of inspiring stuff. It was so good I decided to write it up weeks later, once I’d forgotten how most of it went.

I did this for a reason. OK, another reason apart from being a lazy, shiftless cove… I did it because it is so easy in these situations to become a mere copyist, a transcriber and a verbatim recorder. Other bloggers do it: they go to a talk or lecture and reproduce the speaker’s notes down to the last sub-heading and footnote. In my opinion that is a problem, particularly for the speaker who may earn part of their living by giving talks. What do they feel about sharp-eared pixies giving away their merchandise? It is something to ponder before putting someones magnum opus online; you may be hurting them financially by doing so. To avoid this pit-trap, I prefer to write inchoate half-memories, so if I write nonsense, it is as a matter of principle.

Graham Joyce is a fantastic writer. Read all about him here. He is also a great raconteur, inventor of alter egos (William Heaney) and a lover of the craft of writing. I do hope that that at least will come across here. We began, as is entirely germane, with the writer’s story. His path to becoming a writer could not be more romantic; he gave up his job, went to live on a Greek island for a year, wrote his first novel and got it published before jetting back to England with a suitcasefull of retsina.

OK, so there was more to it than that (there always is), he was previously successful as a poet and had tried to write a novel earlier in life. He also had experiences to draw on which included years of youth work, bizarre meeting/therapy sessions and a childhood in a mining community that give depth and substance to his work.

After that part of the talk (or was it before?) Graham did a very unusual thing; he made a serious attempt to answer the age-old question “where do you get your ideas from?”. It is easy to scoff when people ask that question. It is considered bad form to even bring it up. This is a shame, as it is the most vital question of all: Why do we write what we write? Here is Mr Joyce’s answer, as far as I could fathom it.

Right. Happy now? Let us continue. Well, at the top of the ‘Joycean’ triangle is your inspiration. This is drawn mainly from dreams. Dreams are your subconscious mind trying to order your waking thoughts, experiences etc. Many ideas come from this state of consciousness. The trick for a writer is to drag these ideas down to the bottom left point of the triangle. Here is where you sketch them out, scribble them into notebooks and generally form them into plots, characters and stories that you want to tell. Then the hard work begins of turning the idea into a manuscript and writing the various drafts that lead to the finished manuscript (the bottom right point of your triangle).

If you were in a mystical and Kabbalistic mood, you could liken this process to the lighting strike: divine inspiration pinging through all the sephiroth on the tree of life from Kether to Malkuth as the divine is transformed from spark, to Platonic form, to idea, to book signing at Waterstones. You’ll want a picture of that too: 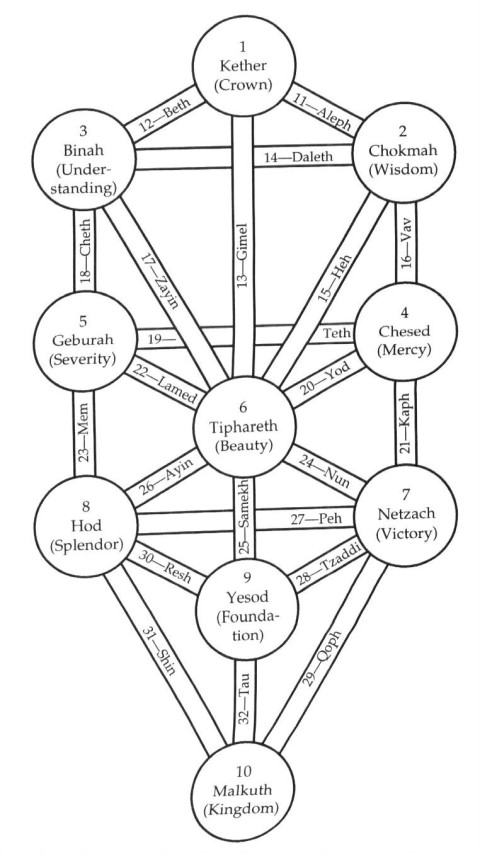 Other interesting stuff was also said, like the fact that each of Graham’s books goes through four or five drafts. The first draft considers plotting and story-line, the last is a line-by-line reading and tidy up. In between, Mrs Graham Joyce reads the draft, bringing another pair of eyes to the manuscript.

Honestly, I can’t remember much more. He did let us all have a copy of his novel Requiem, which I loved, and talked about his new novel, The Silent Land. We all had drinks at the bar after. But I do remember another occasion, performing on the same bill as him last October in a cold, gloomy Leicester Guildhall in a charity event. He told a creepy little ghost story and just as the tale came to a spine-chilling crescendo, he leapt at two old ladies in the audience shouting “Aaaargh!”. Top bloke. 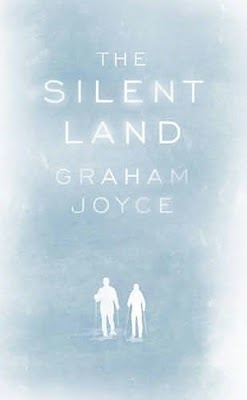